First of All Planetary Society, India likes to congratulate the Scientists of NASA for the successful landing of Phoenix Lander.

Little History Here:
Phoenix in Egyptian mythology said to be a bird that lived in the desert for 500 years and then consumed itself by fire, later to rise renewed from its ashes.
And yes this Phoenix Lander really stands for its name learning from its predecessors {"Mars Polar Lander" (Failed and never heard 3 Dec,1999) and 2001 Mars Surveyor (Cancelled in May 2000)} it now stands tall on the surface of Mars.

Before i leave for Media briefing to one local television studio here is what you expected of us in this article.


This image shows the Foot Pad of the lander. As you can see its not sunk and seems to have stable ground underneath it. 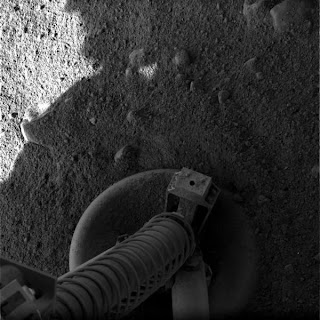 Here you can see the Solar arrays are deployed fully. It is reported that batteries are fully charged to power Phoenix. 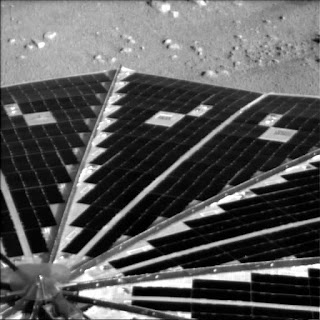 And here is what you were eagerly waiting for - Martian Landscape around the landing site. 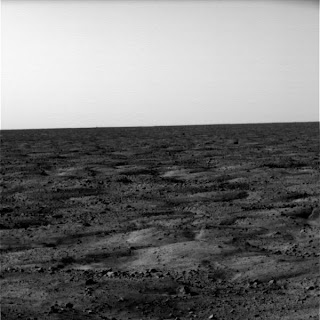 This image, one of the first captured by NASA's Phoenix Mars Lander, shows the vast plains of the northern polar region of Mars. The flat landscape is strewn with tiny pebbles and shows polygonal cracking, a pattern seen widely in Martian high latitudes and also observed in permafrost terrains on Earth. The polygonal cracking is believed to have resulted from seasonal freezing and thawing of surface ice.

This image below shows a polygonal pattern in the ground near NASA's Phoenix Mars Lander, similar in appearance to icy ground in the arctic regions of Earth. 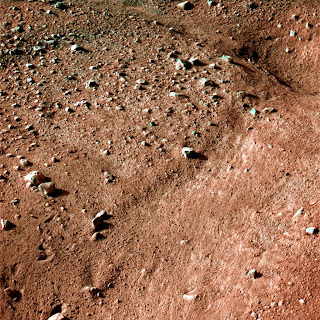 And if you like to hear What scientist of NASA have to say "It looks like a good place to start digging!" said Dan Mc Cleese from JPL.