Schools can mail us at planetarysocietyindia dot gmail dot com for school kit and information about sky observation in Hyderabad/Vijaywada.

Leonid Meteor Shower: A meteor is a shooting star (layman’s Language), space dust about the size of a grain of sand. The dust hits the earth’s atmosphere and burns up in a blaze of light.

Where does space dust come from? Comets and asteroids pass through our solar system. These objects leave dust behind them. When earth crosses through these dust clouds we see a meteor shower.
In case o a meteors originating from comets When a comet flies close to the sun, intense heat vaporizes the comet’s "dirty ice" resulting in high-speed jets of comet dust that spew into interplanetary space. When a speck of this comet dust hits Earth's atmosphere traveling at greater speed, it disintegrates in a bright flash of light—a meteor!

Comet 55P/Tempel-Tuttle – The source/Parent body of Material for this shower: comet Tempel-Tuttle is source body which during its passage intersects earth orbit giving out the material which is responsible for this meteor shower. Trails laid down by the comet passage in 1466 and 1533 are expected to be the chief contributors to whatever happens this year. The most recent perihelion passage of the Leonids' parent comet, 55P/Tempel-Tuttle happened in 1998. Though more than a decade ago now, the shower's activity has continued to be fascinatingly variable from year to year. 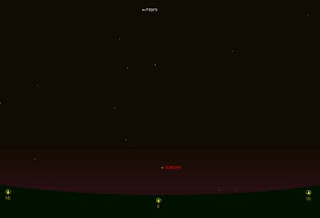 As per the report of International Meteor Organization (IMO) on 17th Nov, 09 at 8.40 p.m Meteor shower will be at peak where more than 100 meteors per hour are expected to be seen from dark skies. Various Forecasts (including NASA) of the peak range from 100 to 500 meteors per hour—rating it somewhere between a "good show" and a "half storm." Observers in Asia are favored to see the brief but intense display. Thus making it a interesting event of the year to observe particularly in India where the conditions have been predicted to be better during the peak.

Where to Look and Best Time : the best time for observing this spectacle from India is after 3 a.m. on 18th Nov,09 when the constellation of Leo is sufficiently above in eastern horizon. One has to look towards direction between North East and East Direction. 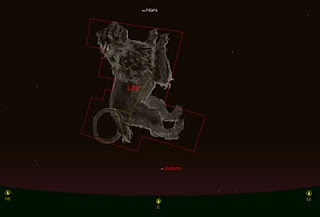