Today across the world in many countries Earth Day is Celebrated. The concept of Earth day has it origin in USA from where is first started. Taking note of the same in year 2009 United Nations has adopted and proclaimed it has "International Mother Earth Day" officially. Hence calling 22nd April just Earth Day or World Earth Day is not in true spirit of the highest international status granted by UN to this Day.

What is International Mother Earth Day?
It is an initiative proposed by the government of Bolivia at the United Nations. If approved, International Mother Earth Day would be celebrated each April 22nd. Its purpose is to promote the right of all humans to live a healthy life in harmony with nature (established in the UN’s 1992 Rio Declaration). It also offers an opportunity to reflect on the interdependence that exists among human beings, other living species, and the planet that is our home and that sustains us.


How is this different from Earth Day?
The UN does not celebrate Earth Day, although it established a World Environment Day in 1972 to encourage the protection of natural resources. Rather than attempting to replace this and other initiatives related to the environment, Mother Earth Day proposes to reinforce and reinterpret them based on contemporary realities. Mother Earth Day goes beyond the goals of previous initiatives by honoring the earth as a whole and our place within it.

Is International Mother Earth Day for everyone?
Yes! Inclusiveness is at the heart of International Mother Earth Day. It seeks to share with all people the values associated with holistic views of the planet that regard humans and nature as part of a single system.
Because this concept promotes the idea of living a balanced existence that is in harmony with nature, it can help us find solutions to today’s pressing environmental problems. This is something that benefits us all. Regardless of origin or culture, people all around the world can join in honoring the earth and ensuring that our relationship with nature is one that allows life to continue. 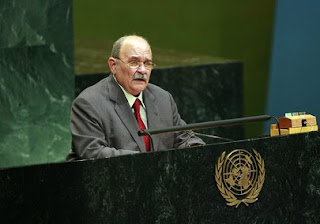 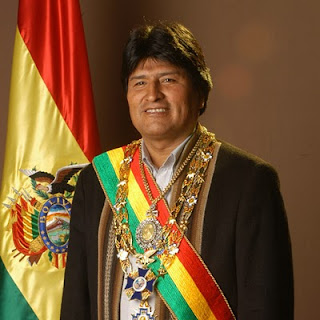 He applauded the Members of the world body who had “taken a historic stand for Mother Earth” by acknowledging humanity’s common interest in the protection of the planet and its environment.
M ESSAGE  OF  BOLIVIAN PRESIDENT EVO MORALES AYMA IN DETAIL  :
Appeal:  In his address, President Morales appealed to all Members of the United Nations to live up to their responsibility to ensure life on the planet by working for unity, equality, dignity and, above all, humanity, which inherently involved protecting –- and restoring –- Mother Earth.


Action to that end had never been more vital, as the toll of years of environmental degradation and callous exploitation of the planet’s natural resources and ecosystems could no longer be ignored, he said.  The incremental yet increasingly obvious impacts of manmade climate change were putting Mother Earth at even more peril, as in his region alone the snow capped peaks of the Andean mountain range were receding every day; islands were buffeted by ever-more violent storms; and arid areas were becoming even drier.
Seductive Notion of Capitalism – We Don’t Own, We belong to it : “We are strangling the planet -– strangling ourselves,” President Morales declared, stressing that, for too many years, the world had been held captive by the seductive notion of capitalism.  However, it was now clear that “we don’t own the planet, we belong to it,” he said, calling for the twenty-first century to be dedicated to protecting and supporting Mother Earth and her ecosystems.
Mother Earth has her Rights Recognized : Some 60 years after activists had fought so hard to win acknowledgement of human rights worldwide, including social, economic, political and cultural rights, Mother Earth was now having her rights recognized, he continued.  Indeed, animals and plants -- all living creatures and beings -- had rights that deserved to be respected and protected.
Century of Rights of Mother Earth :
Those that had supported the text in the Assembly would be heralded for their historic action, he said, expressing the hope that, as the twentieth century had been called “the century of human rights”, this new era would be known as the “century of the rights of Mother Earth”.
Need of Declaration on the Rights of Mother Earth :
Continuing, President Morales said that, by proclaiming the International Day, United Nations Member States now had the opportunity to begin laying out a Declaration on the Rights of Mother Earth.
Such a Charter must enshrine the right to life for all living things; right to regeneration of the planet’s biocapacity; right to a clean life -- for Mother Earth to live free of contamination and pollution; and the right to harmony and balance among and between all things.
ASSEMBLY PRESIDENT D’ESCOTO –  MESSAGE IN DETAIL
Special Message – times of “tipping point” : Assembly President d’Escoto said the world body was sending a special message of hope with Mother Earth Day.
Even as scientists and biologists sounded the alarm that the world may already be at the “tipping point”, at which the damage wrought on the environment might be irreversible, the United Nations had moved “to put people and the well-being of the planet at the centre of our attention and recognize good stewardship of the planet and our dwindling resources as a shared responsibility”.
“It is only right that we, as sisters and brothers, take care of Mother Earth […] as Mother Earth, after all sustains […] our very humanity,” Mr. d’Escoto said.
Listen to Voices : He urged listening to the voices of indigenous people, who, despite all odds, had sustained their profound links with nature.
Support for Small Farmers: He urged support for the world’s small farmers and food producers, who, with sustainable farming methods, could provide us with healthy food, while not being driven into poverty by unfair trade policies and the actions of rapacious agro-industries.
“Our decision today marks one more symbolic step in changing the dominant mindset that has brought us so close to self-destruction,” he said.
Source : 1. UNITED NATIONS
2.www.boliviaun.org