In past two days we received number of queries about Super Moon followed by tragic earth quake in Japan. Here is our take on this whole issue.

Our Response in Short: Moon is not responsible for what happened in Japan. Because factors responsible for Earthquake or volcanoes are different. Yes the Moon on 19th March will be closest it would be 30% Bright and 15% Larger than normal full moon.This is due to Moon being at Perigee (monthly event for moon) i.e. the closest if one take last 18years data into consideration.

What is Super Moon? What will Happen on 19th March ?

At first i suggest you understand what is Perigee or Apogee.

It is know fact that moon revolves around earth. As Earth revolves around Sun. It is also known that the orbit of the these objects is ellipse. So during course of it journey around earth moon at one point of time every month will be closer (known as perigee ) or farthest point (apogee). This is a natural event which occurs every month.

so what is unique about 19th March is that it would be closest if one takes last 18 years of perigee distance of moon into consideration.

Here is what NASA Scientist Dr. Jim Garvin, chief scientist at NASA’s Goddard Space Flight Center has to say:
‘Supermoon’ is a situation when the moon is slightly closer to Earth in its orbit than on average, and this effect is most noticeable when it occurs at the same time as a full moon. So, the moon may seem bigger although the difference in its distance from Earth is only a few percent at such times.

It is called a supermoon because this is a very noticeable alignment that at first glance would seem to have an effect. The ‘super’ in supermoon is really just the appearance of being closer, but unless we were measuring the Earth-Moon distance by laser rangefinders (as we do to track the LRO [Lunar Reconnaissance Orbiter] spacecraft in low lunar orbit and to watch the Earth-Moon distance over years), there is really no difference. The supermoon really attests to the wonderful new wealth of data NASA’s LRO mission has returned for the Moon, making several key science questions about our nearest neighbor all the more important.

Are there any adverse effects on Earth because of the close proximity of the moon?
According to Dr. Jim Garvin, chief scientist at NASA’s Goddard Space Flight Center "The effects on Earth from a supermoon are minor, and according to the most detailed studies by terrestrial seismologists and volcanologists, the combination of the moon being at its closest to Earth in its orbit, and being in its ‘full moon’ configuration (relative to the Earth and sun), should not affect the internal energy balance of the Earth since there are lunar tides every day. The Earth has stored a tremendous amount of internal energy within its thin outer shell or crust, and the small differences in the tidal forces exerted by the moon (and sun) are not enough to fundamentally overcome the much larger forces within the planet due to convection (and other aspects of the internal energy balance that drives plate tectonics). Nonetheless, these supermoon times remind us of the effect of our ‘Africa-sized’ nearest neighbor on our lives, affecting ocean tides and contributing to many cultural aspects of our lives (as a visible aspect of how our planet is part of the solar system and space)."

How Close will Moon be to earth on 19th March ? Is it very uncommon ?
Usually during the monthly event of Perigee moon will be at 364,397 kilometers (226,425 miles) Distance. 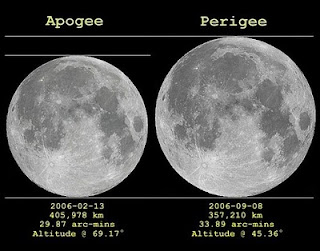 Is moon responsible for Earth quake in Japan ?
For this i advice you to see this click here article we wrote in 2010 March/April. Also see the 10 Min Video we compiled.

We will update this article in next few hours with additional questions and detailed information.