Away from city lights on 12th/13th August, 2011 people can witness annual spectacle of Perseids Meteor Shower from pollution free dark and clear skies. This shower which occurs annually this year is active between 17th July to 24th August due to particle debris of Comet 109P/Swift-Tuttle entering earth’s atmosphere.

According International Meteorological Organization (IMO) this meteor shower will be at peak on the night of 12th\13th August, 2011 with max. 100 ZHR (zenithal hourly rate) i.e. People can witness a maximum of 100 meteors per hour at peak.

Two Decades Data: In the last two decades Perseids surprised observers with 150 to 400+ meteors/hour due to the Earth passing through regions of higher density in the dust stream (e.g., ZHR ~200 per hour in 2009).

Moon light Hindrance: However full moon on 13th August is expected to be hindrance outshining most of fainter meteors when they zip across the skies. As per latest reports observers across the world noted 12 to 60 Meteors per hour as per their local conditions.


Where to Look – North East Direction- No Telescopes Required - What to expect: People can witness this celestial spectacle till 24th August, 2011 looking at northeast direction after Midnight patiently.

The best time to observe is starting 2 am when this constellation is sufficiently above horizon. All one has to do is to look towards North East Direction to observe Constellation (pattern of stars) called Perseus.

Telescopes/binoculars are not required – What can be expected? This celestial spectacle can be seen without any aids with just naked eye and patience. One would see the bright streaks of light zipping across the sky and it would seem as if they are emanating from stars of Perseus Constellation in north east direction which contains a point in the sky called "the Perseids radiant”. 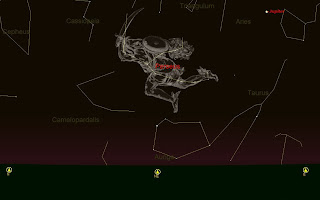 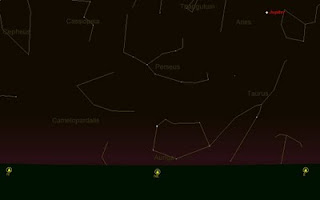