After Phobos Grunt you might wonder what is in store for us ? or What is Next?

Here is another 2000kg Satellite on its way to earth in next two days.

Cosmos 2176 (also known as 21847) is a Russian (missile early warning) satellite launched from the Plesetsk cosmodrome aboard a Molniya rocket. It was part of the Oko constellation of satellites and covered the plane 6 - 119 degree longitude of ascending node 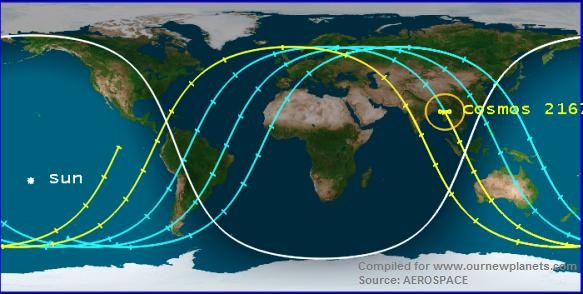 
When will it Reenter Earth ?

Where will it fall or what will happen to it ?
Not much is known about this aspect. Our efforts to trace a source in this regard for Last two days failed.

How/Can you track this Satellite live ?
Here is the Live Tracking Link Click Here
with Data

or
This alternative link click here  can make good video if you record.