What will happen ? What might Clock show ?
If this leap second would have not been added time would just tick ahead instead of stopping for a Second. That is after 23.59.59 it would be 00.00.00 marking begining of new month. 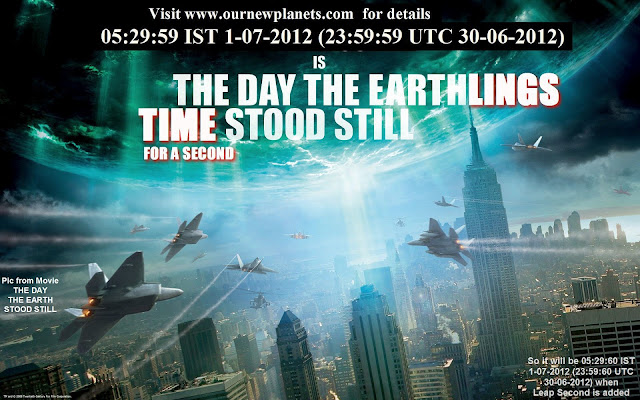 Why leap Second is added ? Is Earth really slowing down ?
Yes, Earth's rotation speed varies in response to climatic and geological events.

What are the reasons for Earth being slowing down ? How do scientist know that it is slowing down?
Astronomers with series of careful observation of stars have concluded that Earth Rotation is slightly slowing down at non-uniform rate.


In other words But from their careful observations of the positions of the stars, astronomers have deduced that Earth's rotation is ever so slightly slowing down at a non-uniform rate, probably attributable to its sloshing molten core, the rolling of the oceans, the melting of polar ice and the effects of solar and lunar gravity.

How often are Leap Seconds added ?  Is it added every year ?

No Its not added every year. They are added at unpredictable intervals as when IERS decides to do so.

Usually leap second are added on 30 June or 31 Dec

Ever since this practice of adjustment of time began in 1972 So far 25 Times Leap Seconds were added (including 30 June 2012 ).

What is International Atomic Time ?  How does it measure time ?
International Atomic Time (TAI, from the French name Temps Atomique International) is a high-precision atomic coordinate time standard based on the notional passage of proper time on Earth's geoid. It is the basis for Coordinated Universal Time (UTC), which is used for civil timekeeping all over the Earth's surface, and for Terrestrial Time, which is used for astronomical calculations

TAI  uses the pulsation of atoms to measure time to an accuracy of several billionths of a second.

International Earth Rotation and Reference Systems Service (IERS) what is it ? Where is it located ?

IERS is located in Paris and it is responsible for keeping track of the gap between atomic and planetary time and issuing international edicts on the addition of leap seconds.

How Does or what is need of making adjustments ?
The UTC time standard, which is widely used for international timekeeping and as the reference for civil time in most countries, uses the international system (SI) definition of the second, based on atomic clocks. Like most time standards, UTC defines a grouping of seconds into minutes, hours, days, months, and years.


It maintains national standard of time interval, second as well as frequency through four parameters, which can be measured most accurately.


Importantly it maintains Caesium Atomic Clock which are linked to other such institutions all over the world through a set of global positioning satellites.


How Does Leap Second Work ? Can you summarize above matter and explain ?

Although a normal day has 86,400 seconds, in this time scale one second is not defined as one 86,400th of the time it takes Earth to rotate around its axis but as the time it takes a Cesium-133 atom at the ground state to oscillate precisely 9,192,631,770 times.

The advantage of this definition is that it is extremely precise: atomic clocks deviate only approximately one second in 20 million years. On the other hand, the Earth's rotation, which is expressed by the time standard UT1, is far less reliable. It slows down over time, which means that days get longer. On average, an Earth day is about 0.002 seconds longer than the daily sum of the 86,400 seconds measured by the atomic clocks. This makes for a discrepancy between TAI and UT1 of around 1 second every 1.5 years.