Tips to Remember: Planets will appear like non-twinkling bright objects. To find who is who. Venus will be shining like Beacon in the Sky whereas Jupiter will be less Bright. 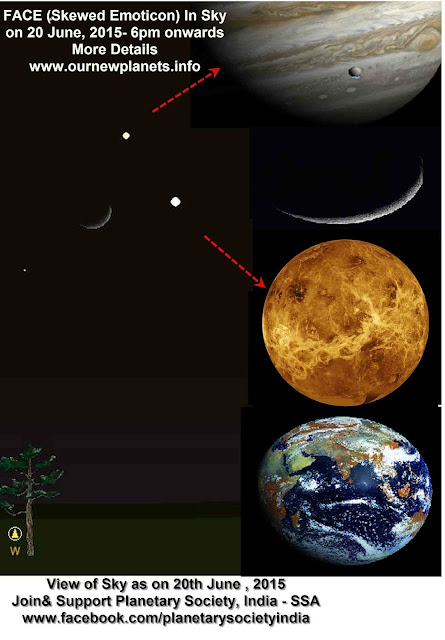 1.Conjunction is a term used in positional astronomy. It means that, as seen from some place (usually the Earth), two celestial bodies appear near one another in the sky. Importantly a day before & after people can notice one of the objects getting close or getting away after the celestial meeting.

2. Distance - Appearance: Planets are located at greater distance from earth and they themselves are separated by enormous distance. However due to conjunction they appear near to each other in our skies.

4.Importance – Coming together: 1.Venus goes around Sun with its orbit located inside the orbit of Earth. Whereas Jupiter orbits Sun with its path located around far away from Earth. In other words, Orbits of Venus and Jupiter (placed after Mars orbit from Earth) are located on either Side of Earth. Interestingly though Venus and Jupiter are separated by enormous distance & location of orbits. Due to phenomena of Conjunction for observer on they appear near each other in Earth’s Sky. i.e. positions of these planets while on their journey around Sun is such that they appear near each other