On 23 Jan 2020 Vyomamitra a Robot/Half Humanoid created for Un-Manned Mission to space as part of Gaganyaan Project was presented for people to observe/interact at the inaugural session of the “Human Spaceflight and Exploration – Present Challenges and Future Trends” held in Bengaluru. 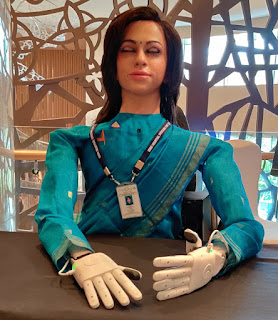 Vyomamitra, a combination of two Sanskrit words Vyom (Space) and Mitra (Friend).
“Hello everyone. I am Vyomamitra, the prototype of the half-humanoid, been made for the first unmanned Gaganyaan mission,” the robot said.
Explaining about the role in the mission, she said, “I can monitor crew module parameters, alert you and perform life support operations. I can perform activities like switch panel operations…”

Dr Jitendra Singh Union Minister of State (Ind Charge) for Development of North Eastern Region. MoS PMO, Govt. of India said "In the run up to the first Human Space Mission by India at @isro ... 'Vyommitra', the humanoid for #Gaganyaan unveiled. This prototype of humanoid will go as trial before Gaganyaan goes with Astronauts". 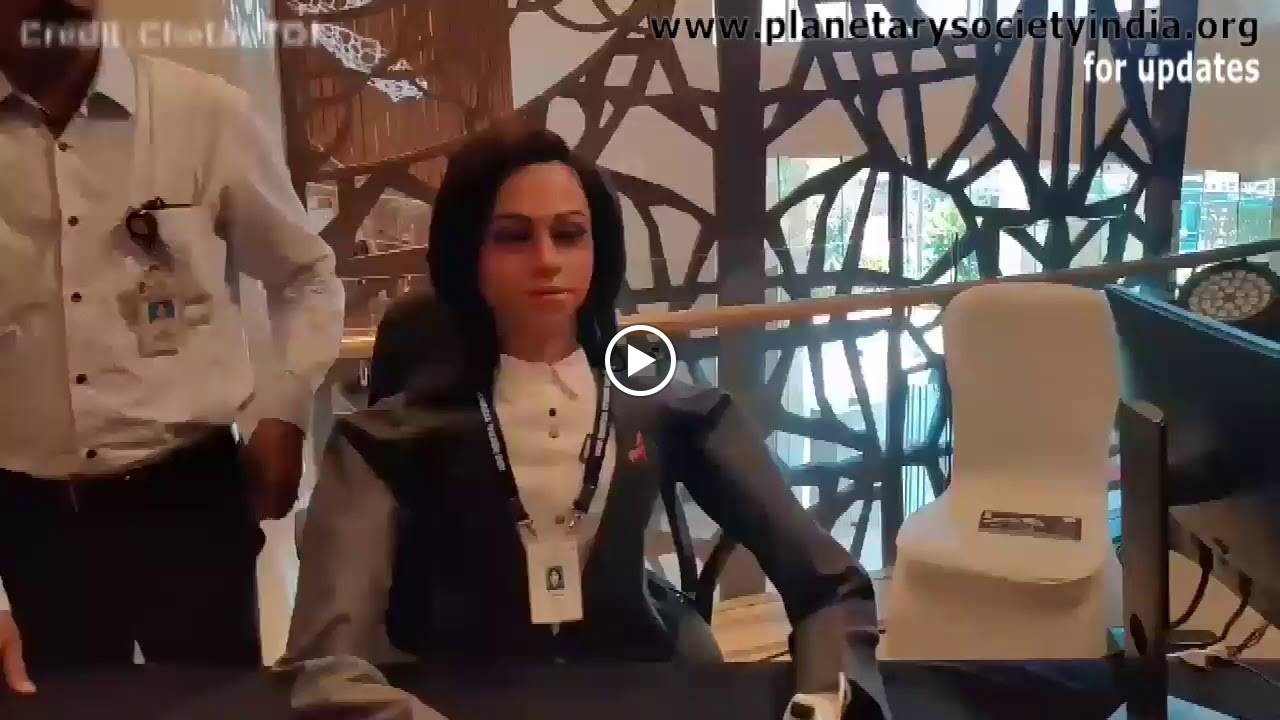 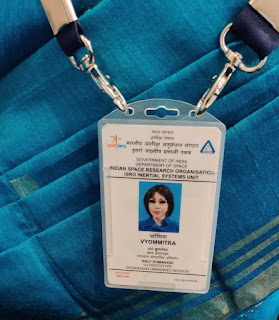 Talking to Indian Express Click an ISRO scientist explained that the primary objective of the robot is to mimic crew activity. “She can also operate switches, and do other activities like replacing carbon-dioxide canisters in case of emergency. Her ability to have seamless interactions with astronauts and ground operations with the help of voice command is another major highlight of this half-humanoid,” the scientist said.

whereas in of its Documents of 2018  ISRO  stated :
A half Vyomnoid with Sensing and perception of surroundings with 3D vision and
Dexterous manipulative abilities to carry out defined crew functions in an unmanned
mission or assist crew in manned missions. Design & Realization of FULL Vyomnoid with
features that include full autonomy with 3D vision, dynamically controlled movement in
zero ‘g’, Artificial Intelligence / Machine Learning enabled real-time decision making with
vision optimization and path planning algorithms.