Due to this celestial phenomenon of opposition Mars and Sun will be Opposite to Each other and in a straight line from our perspective on earth. Whenever a planet is in Opposition it would be closest in its orbit to earth than any other time. Hence this year Mars will appear Closest, brightest, biggest (from Telescope). 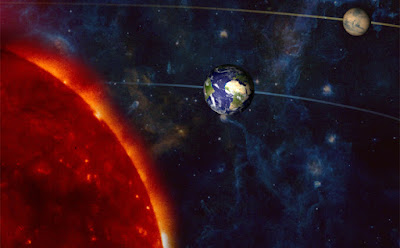