On 22 July 2019 at 2.43p.m IST Chandrayaan 2 Mission was launched on its journey towards Moon along with its Orbiter, Vikram Lander & Pragyan Rover. While everyone knows what happened to Vikram Lander on 7 Sept 2019. Chandrayaan 2 Orbiter is still working going around Moon. The Orbiter was actually planned to work for 1 year but in a written response to a question in parliament Union Minister Jitendra Singh stated ISRO expects Chandrayaan to work for 7 Years. Similarly, Mars Orbiter Mission (MOM) or Mangalyaan launched on 5 Nov 2013 was originally planned to work for 6 months, but even after 7 years it's still working going around Mars. 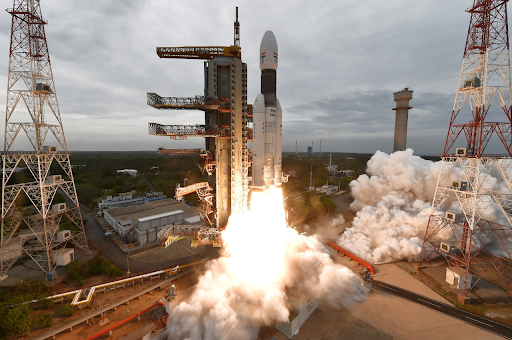 OUR CALCULATIONS BASED ON AVAILABLE DATA - FOR ACTUALS CONTACT ISRO: As per the latest information Chandrayaan-2 orbiter is orbiting around the  Moon in a polar orbit at an altitude of 100 km from the Moon Surface. Based on the last available Orbital Period data. Chandrayaan 2 Orbiter has completed 8800 Orbits around Moon i.e. 12 Orbits in every 24 hours. This means it takes approx 2 hours for Chandrayaan 2 to complete one orbit around Moon.