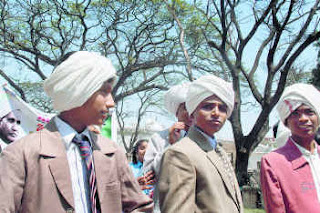 National Science day is celebrated every year on 28th Feb. - the day when RAMAN’S EFFECT was invented by Prof C.V.Raman.

If you have come here searching for information on National Science Day. You may kindly visit

2009 Here you will find information regarding a celestial event for 27th/28th Feb along with info of National Science Day 2009.

2008 Here you can detailed information about National Science day etc...

IMPORTANCE OF RAMAN EFFECT : “Some 76 years Sir C.V. Raman won a Nobel Prize for his study of optics and the scattering of light, researchers across the world are still extracting exciting new results from his discoveries. His pathbreaking work is increasingly relevant even today. Raman Effect has continuously impacted every field of science. Its role in spectroscopy, medical diagnostics and material characterization had been phenomenal.” - Honorable President of India A.P.J.Abdul Kalam

Raman Effect: Life on Mars, Jupiter’s Moon Europa – Mars Science Laboratory : NASA would launch “Mars Science Laboratory” in the year 2009 which would arrive on mars in October 2010. it will carry a instrument built on “Raman Spectroscopy” which will get chemical signatures of life, either microbes now alive or the remains of organisms that lived in the past
Intel Corporation ( the world's largest semiconductor company) : Raman Effect : In a major scientific breakthrough, researchers have found a way to use "Raman effect" to create the world's first continuous wave silicon laser. The result is what Intel calls an "All-silicon Raman laser."

Appeal to Educational Institutions: Society requests Schools, Colleges and other institutions to organize 10 minute talk in Morning assembly on 28th February 2007 while also conduct lectures, seminars, Discussions etc.. in respective institutions and report the same to inspire the future astronauts, scientists of the country.