Today two space rocks named Asteroid 2012 QG42 & Asteroid 2012 QC8 will pass by earth and while they do so. They would be at closest they can get earth today. Experts suspect since their birth in early days of formation of solar system these objects have been wandering around in some or other form. 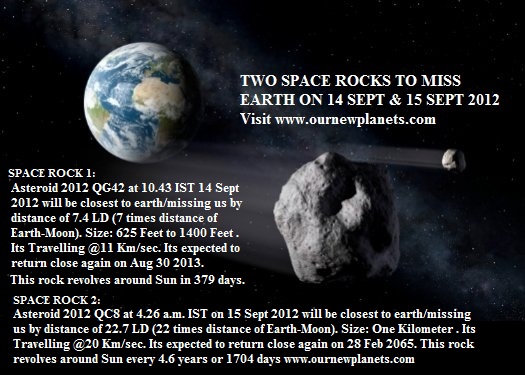