The First Solar Eclipse of the year 2013 will occur on 10th May 2013 as per Indian Standard Time( 9 or 10 May depending on location of observer). This eclipse is not visible in India.

Brief about Solar Eclipse: A solar eclipse occurs when the Moon passes between the Sun and the Earth such a way that the Sun is wholly or partially obscured. This can only happen during a new moon, when the Sun and Moon are in conjunction as seen from the Earth.

Annular Solar Eclipse: An annular eclipse occurs when the Sun and Moon are exactly in line, but the apparent size of the Moon is smaller than that of the Sun. Hence the Sun appears as a very bright ring, or annulus, surrounding the outline of the Moon.

However this eclipse is not visible in India. 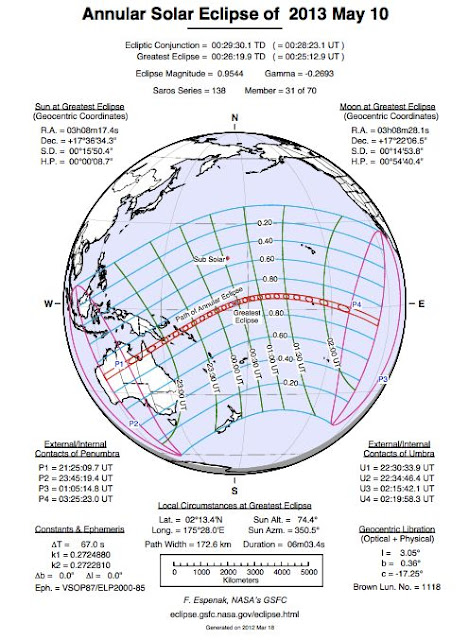