Today ISRO is for a major and crucial step for its Mars Orbiter Mission (MOM) journey to Planet Mars. 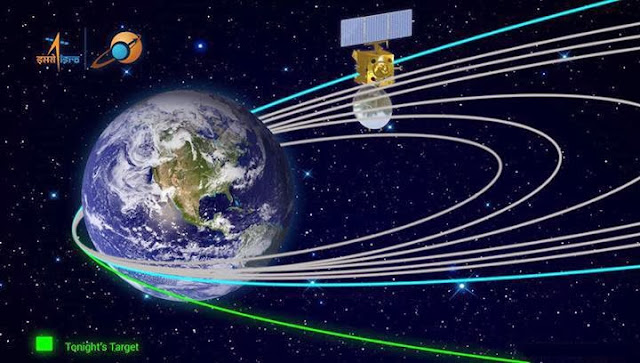 If things go as planned by ISRO, India's Mars orbiter craft would leave the Earth's sphere of influence (SOI) shortly after midnight today   early 300-day voyage in deep space to the red planet after the "most important" manoeuvre of the ambitious mission.

Indian Space Research Organisation is readying for a 'critical' Trans-Mars Injection (TMI) with firing of the 440 Newton liquid apogee motor (LAM) on board the Mars Orbiter Mission (MOM) spacecraft, launched on November 5, for 23 minutes beginning from 00.49 hours on Sunday (December 1).

This enables orbiter spacecraft to escape from SOI and travel to the vicinity of Mars in September 2014, when the LAM is fired again to slow it down to be captured by Martian gravity into an orbit around it.

The critical manoeuvre to place India's Mars Orbiter Spacecraft in the Mars Transfer Trajectory was successfully carried out in the early hours of today (Sunday, December 1, 2013). During this manoeuvre, which began at 00:49 today, the spacecraft's 440 Newton liquid engine was fired for about 22 minutes providing a velocity increment of 648 meters/second to the spacecraft. Following the completion of this manoeuvre, the Earth orbiting phase of the spacecraft ended. The spacecraft is now on a course to encounter Mars after a journey of about 10 months around the Sun.

The spacecraft is being continuously monitored from the Spacecraft Control Centre at ISRO Telemetry, Tracking and Command Network (ISTRAC) in Bangalore with support from Indian Deep Space Network (IDSN) antennae at Byalalu